The name Simmons Beautyrest carries a lot of weight in the mattress industry. Afterall, they have been around since 1870, and single-handedly came up with king and queen size mattresses. They hold 85 different patents on design innovations that others seek to emulate. Their beds were even on the Titanic!

Simmons Beautyrest has always aimed to have mattress options for all types of sleepers. The company that started in 1870 has sold upwards of 50 different models during their time in the marketplace. Today, Beautyrest has taken a less is more approach to mattress options. They now sell the Beautyrest Hybrid Collection and the Beautyrest Black Collection. Simons Beautyrest is known for always making thick profile mattresses using quality materials, even at different price points. This mattress brand is also known for tweaking designs and renaming them for new rollouts, which can make things confusing. In this guide, we will outline the two collections you can buy directly from the source, and include some comparison charts of past years models that can still be found at some independent retailers.

Simmons is no stranger to the business of helping people get restorative and consistent sleep. Their mattresses can be found all over the world. Available online, and at many brick-and mortar locations, you have several options of how to get your hands on a new Beautyrest Mattress.

The mattress giant has historically delivered multiple lines of mattresses every year, with multiple price points, design features, and firmness levels. Each Beautyrest mattress set within the brand also offers a specific advantage to the sleeper—cooling, supportive, affordable, durable.

Beautyrest has decided to focus on selling their Black and Hybrid lines, which originally came out in 2019 and have been updated accordingly.

With the Beautyrest Black collection, Beautyrest raised the stakes on their previous Platinum line. This Beautyrest Platinum line gets its name from the four-pronged BLACKICE™ 4.0 technology it uses to keep sleepers cooler. This is the main selling point for the Black line. This line includes some of the most expensive and luxurious mattresses within the brand, but what you get is the best choice for hot sleepers that Beautyrest can make.

The Black mattresses include a distinctive and luxurious, quilted charcoal gray cover on most models and come in five different iterations to appeal to a range of needs and tastes. It is designed to absorb motion transfer, has reinforced edge support and is a great choice for couples. Available in an Original option, an option with a cooling upgrade and an option for both cooling and comfort upgrade, you will have plenty of choices with this mattress type!

The Beautyrest Hybrid line is their newest line and focuses on just one thing—a better conforming mattress. It’s the first time Beautyrest has put together a hybrid mattress, and we must admit, they really hit the nail on the head with this one. A mixture of Beautyrest’s gel memory foam and a pocketed coil system it is the perfect combination of a memory foam mattress and innerspring mattress.

The Hybrid line offers what Beautyrest believes to be the world’s best support system:

The Beautyrest Hybrid line puts all of that innovation together to offer better pressure relief for your hips and shoulders without compromising the support you need for neck and lower back pain. It’s a balancing act that the Beautyrest Hybrids pull off with technology and consistent use of quality materials. It is a great line for side sleepers. This line doesn’t include the most firm mattress so back sleepers may want a mattress stores with sturdier support.

Beautyrest mattresses come with a 10-year warranty. If you buy from the company there is no trial period. Other retailers may offer a trial period. If that’s important to you, check with places like US-Mattress, Sears, Macy’s or Amazon to see if they offer you some time to test drive the mattress. Here at Mattress Nerd, we will always suggest you sleep on any new mattress for 30 days. That’s how long it takes for you to get used to the feel of a new mattress and to know if it really does enhance your sleep.

The Beautyrest warranty does not include:

The sheer breadth of buying options—online, brick-and-mortar Beautyrest locations and other mattress sellers—all over the world makes it hard to nail down when your mattress will arrive. Shipping and delivery times will vary from online retailer to an online retailer and from store to store. They may offer home delivery. Please ask the store about their shipping policies. If you buy direct, the mattress will come with free delivery and white glove set-up.

Some retailers may offer financing for your Simmons mattress. Again, many choices, many options, many sellers. Ask the people who sell you the mattress if they have a payment plan.

You can purchase Beautyrest mattresses with the following authorized online sellers:

As you may have noticed, it’s difficult to comparison shop for past Beautyrest mattress collections between retailers because they often have different names for what seems to be the same exact mattress. Retailers often will claim their mattress is an exclusive, charging more than it is worth. How then will you take advantage of the price match guarantees that so many places offer? We’re here to help!

The following is a guide to comparing past year’s Simmons Beautyrest mattress models between different retailers. Some of these models are closeout deals because they are no longer being made- so be aware that often times closeout items do not have the same warranty or trial periods as the more current models. That being said, you may find a great deal on a Beautyrest model from years past!

Mattress In A Box

We will be happy to hear your thoughts 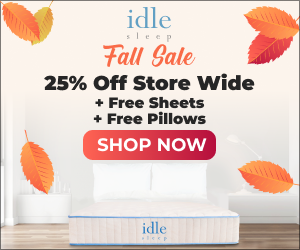 0 Mattress In A Box

Hello, welcome to BuyBestMattresses! Founded in 2014, this site is dedicated to bringing you the most comprehensive sleep-industry information on the web. You’ll find everything from mattress reviews to sleep tips. We want to help you get the best night’s sleep ever!